Ratan Naval Tata is an Indian industrialist, philanthropist, and a former chairman of Tata Sons. He was also chairman of Tata Group, from 1990 to 2012, and again, as interim chairman, from October 2016 through February 2017, and continues to head its charitable trusts.

Ratan Tata has a bachelor's degree in Architecture and structural engineering from Cornell University in Ithaca, New York.He then moved to Harvard Business School to pursue an Advanced Management Program. Harvard Business School is known to produce alumnus who have changed and shaped the world into a much better position.Ratan Tata is an exceptional industrialist and philanthropist. His ideas has always been unique and fruitful for the masses. While he was a part of the Tata management, the company reached new heights 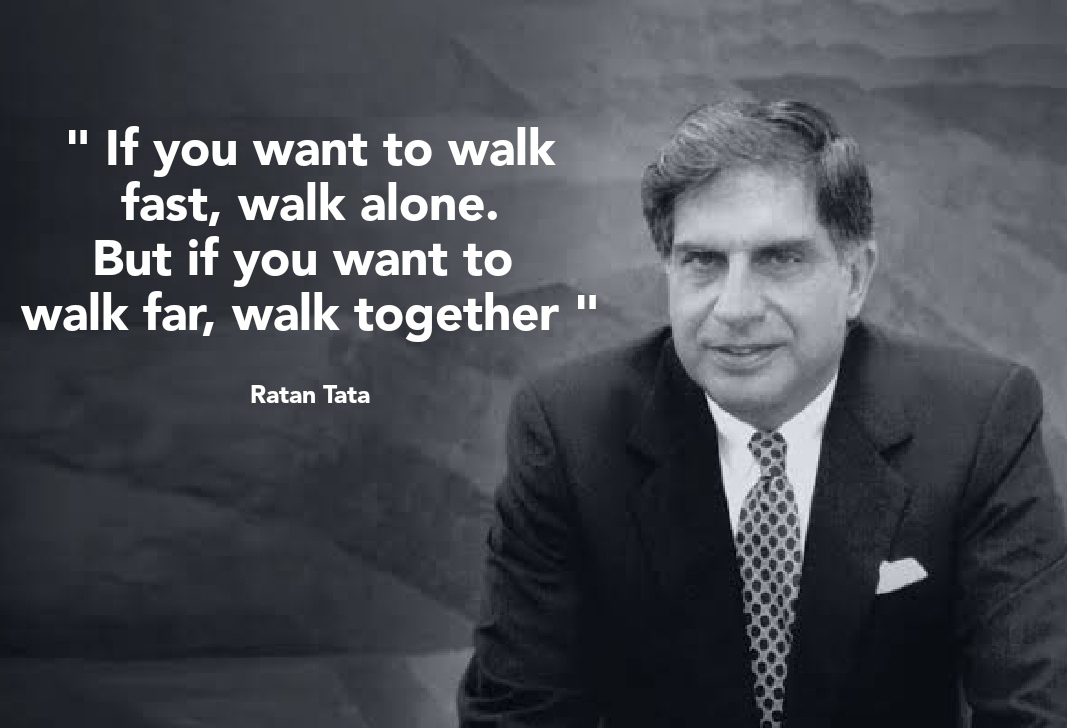 3) Deal with Crisis in such a way that you can hold your head high & sleep well at night.”

4) Apart from values and ethics which I have tried to live by, the legacy I would like to leave behind is a very simple one – that I have always stood up for what I consider to be the right thing, and I have tried to be as fair and equitable as I could be.” 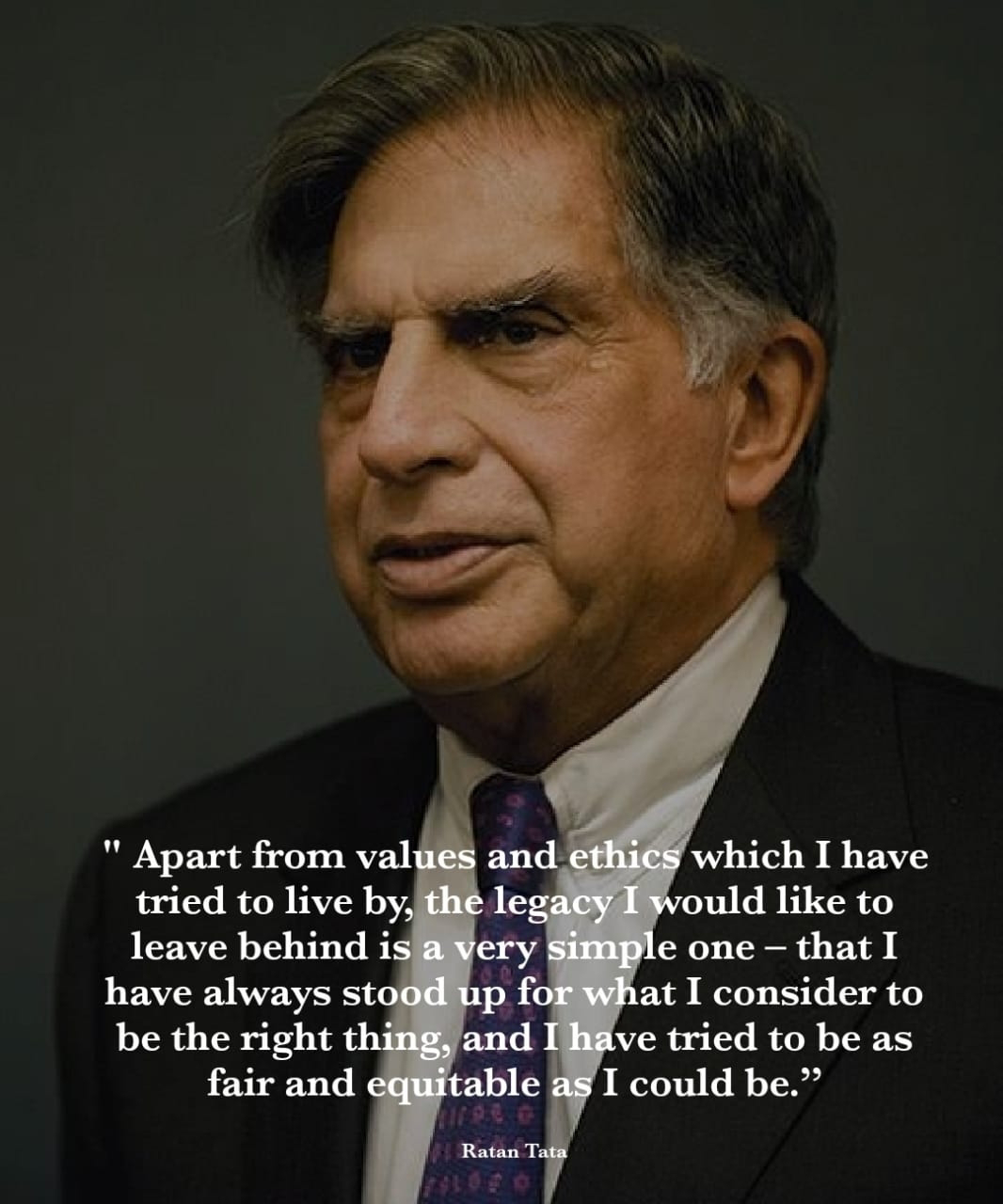 5) When you have to earmark human and monetary resources for such a long time, it starts to hinder your other activities.

7) I would say that one of the things I wish I could do differently would be to be more outgoing. 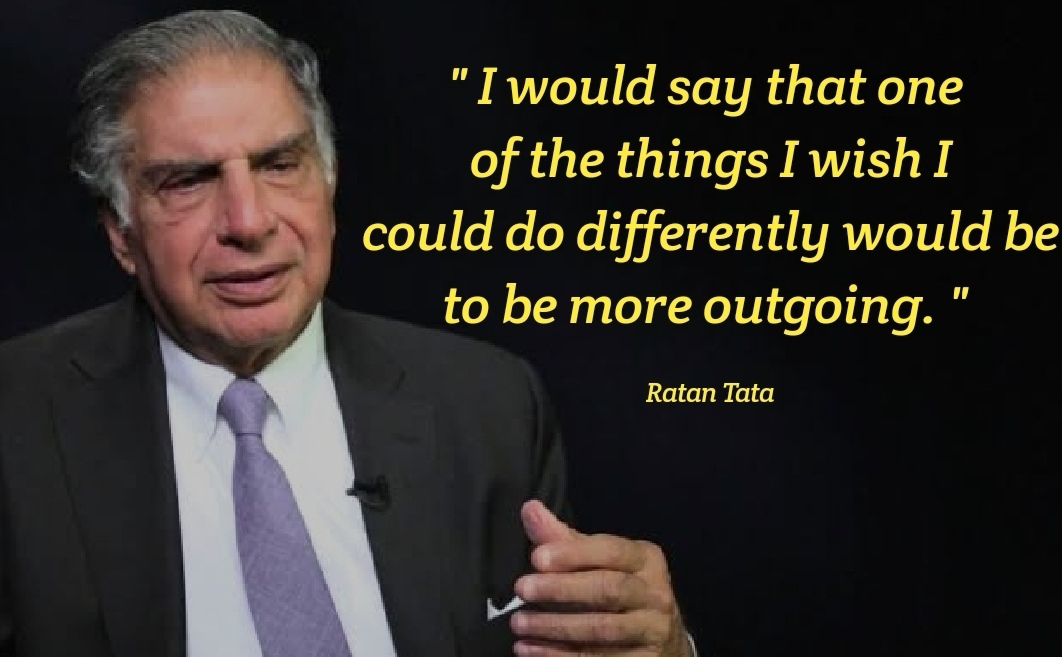 8) A founder who is in for the short run, or has no passion for the sector he is in, doesn't give me a great deal of comfort.

10) There's a lot of interest in Nano outside India. 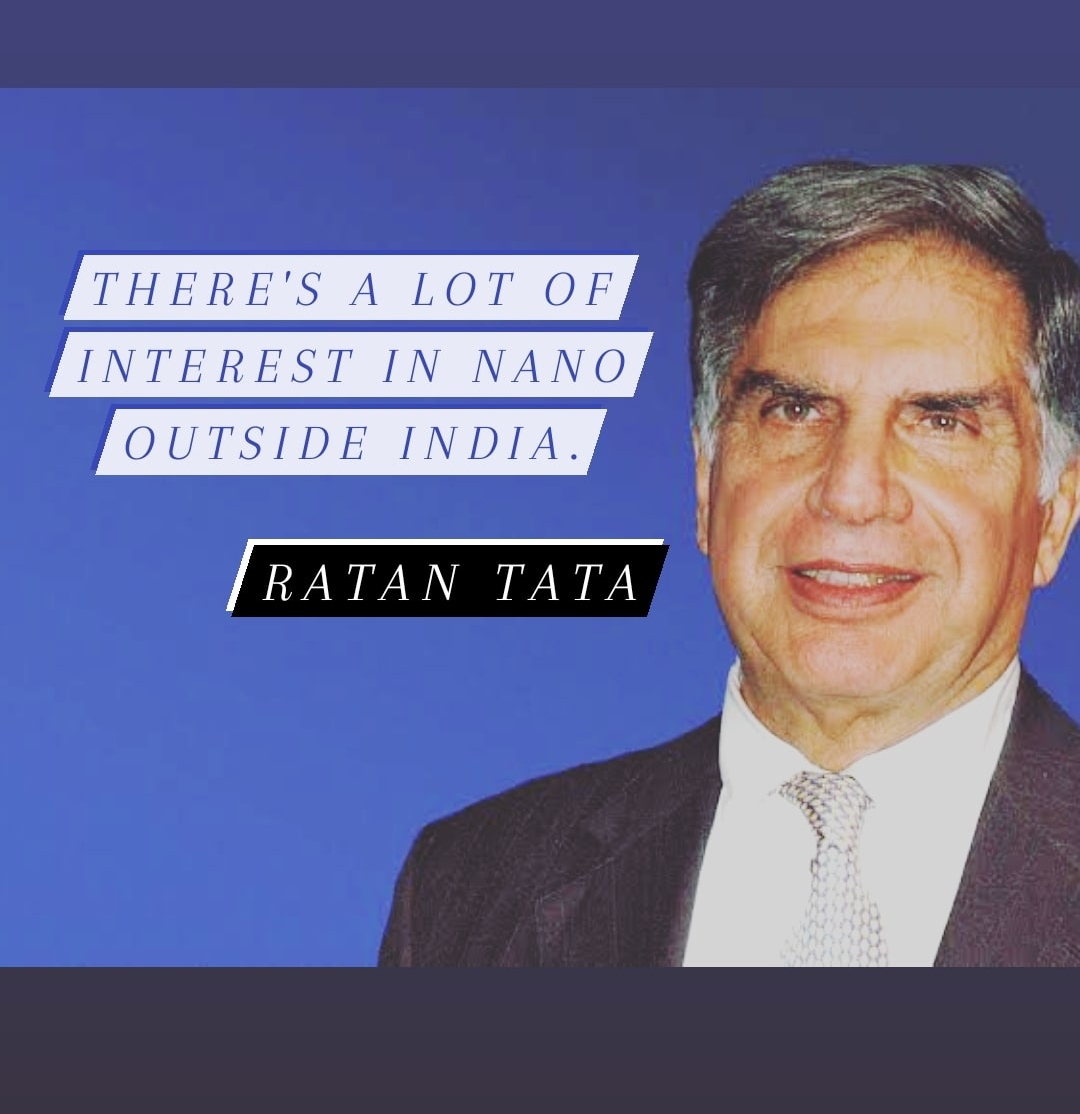 11) When you see in places like Africa and parts of Asia abject poverty, hungry children and malnutrition around you, and you look at yourself as being people who have well being and comforts, I think it takes a very insensitive, tough person not to feel they need to do something.

12) "I don't believe in taking right decisions. I take decisions and then make them right."

13) People of great power wield great power, but people of lesser power or people who have fallen out of power go to jail without adequate evidence, or their bodies are found in the trunks of cars. 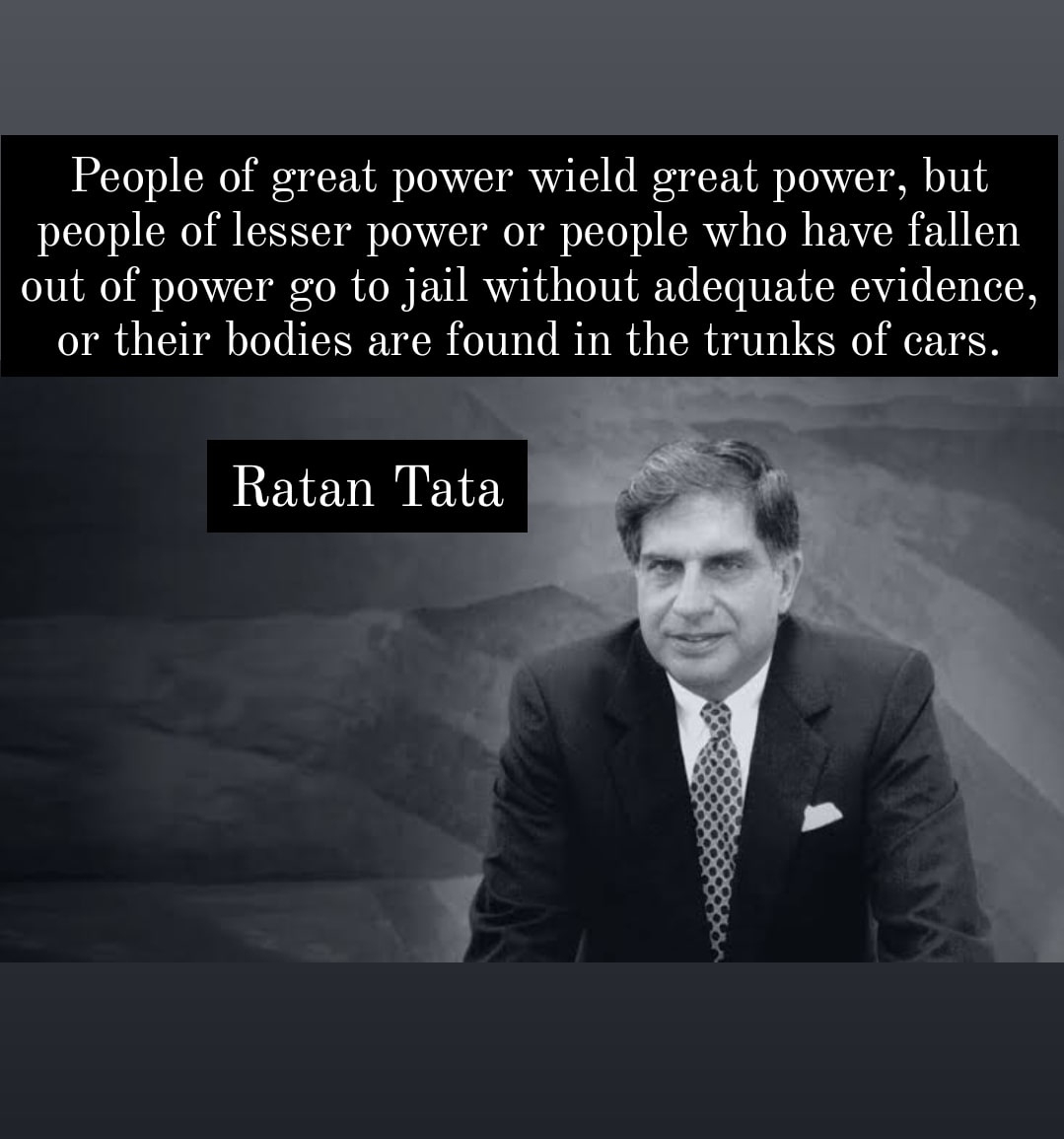 14) The most expensive part of any manufacturing unit is the paint shop.

16) Challenges need to be given to an organization. 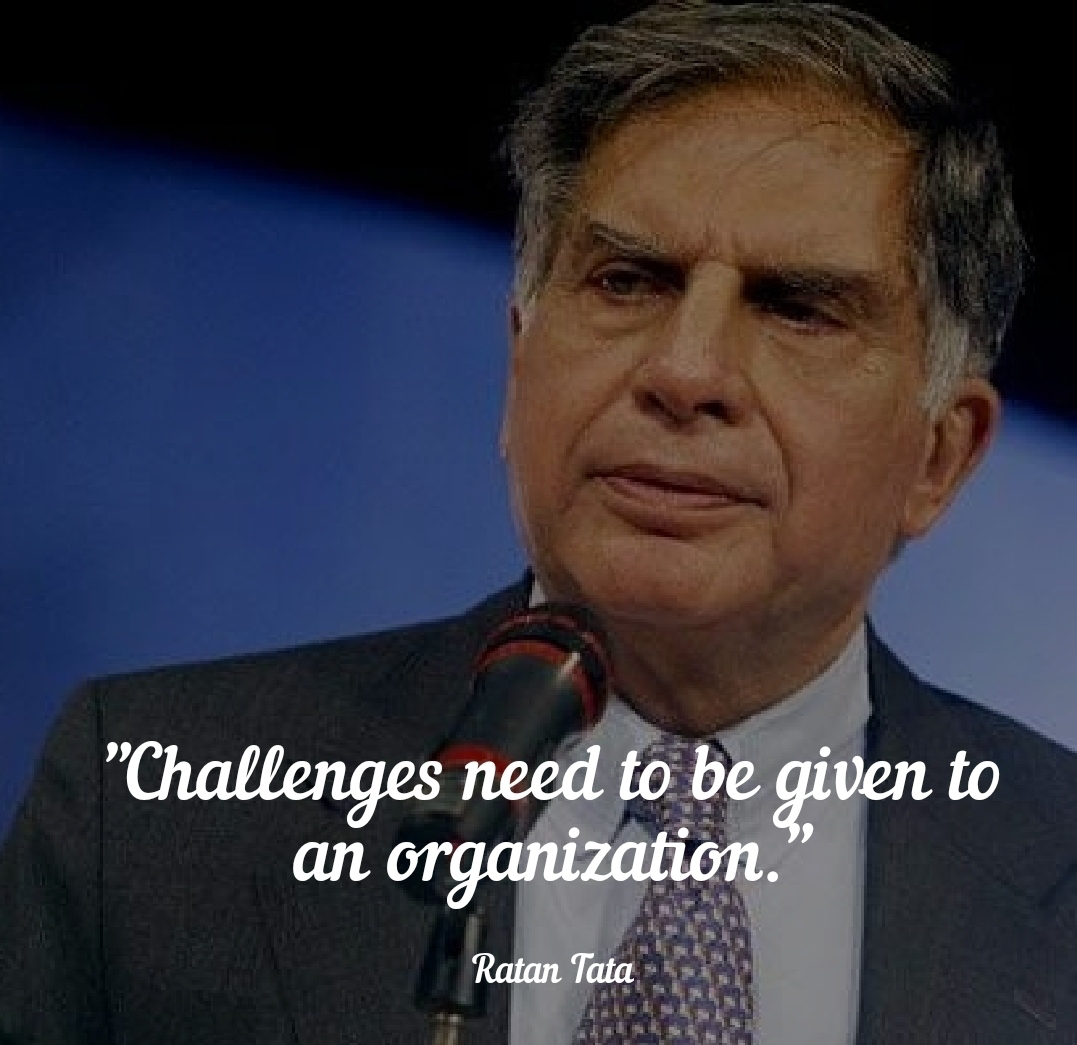 17) “If a founder has passion and innovation, he needs to be supported. I am more intuitive than a numbers person, and I recognise that not all investments are going to be positive. Some may fail, and some may have problems for other reasons. That is life.”

18)  “Business need to go beyond the interest of their companies to the communities they serve.” 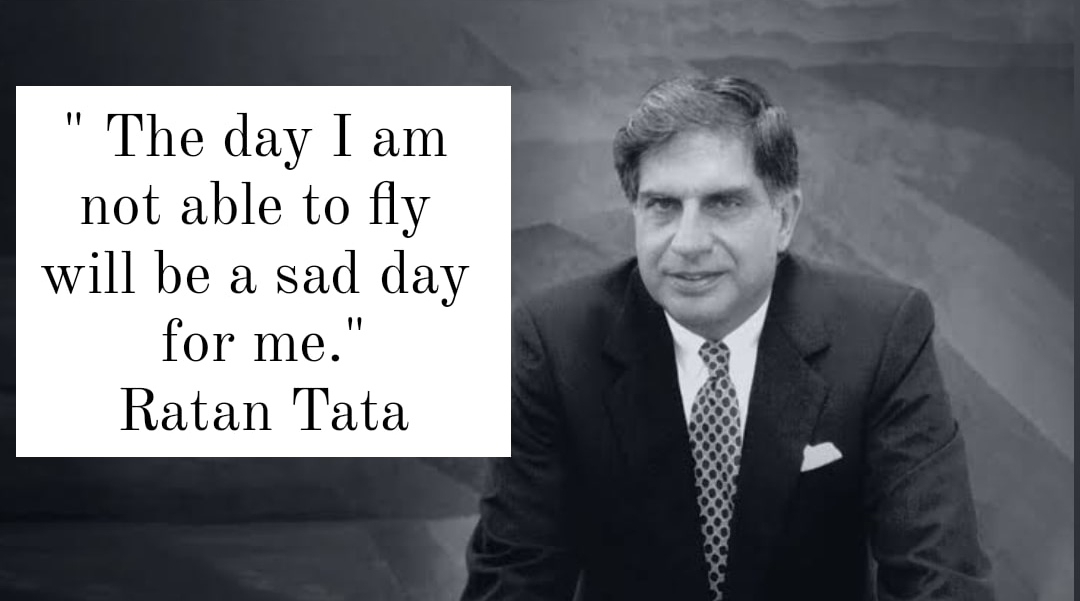 20) I have always been very confident and very upbeat about the future potential of India. I think it is a great country with great potential.

21) Power and wealth are not two of my main stakes.

22) I have been constantly telling people to encourage people, to question the unquestioned and not to be ashamed to bring up new ideas, new processes to get things done. 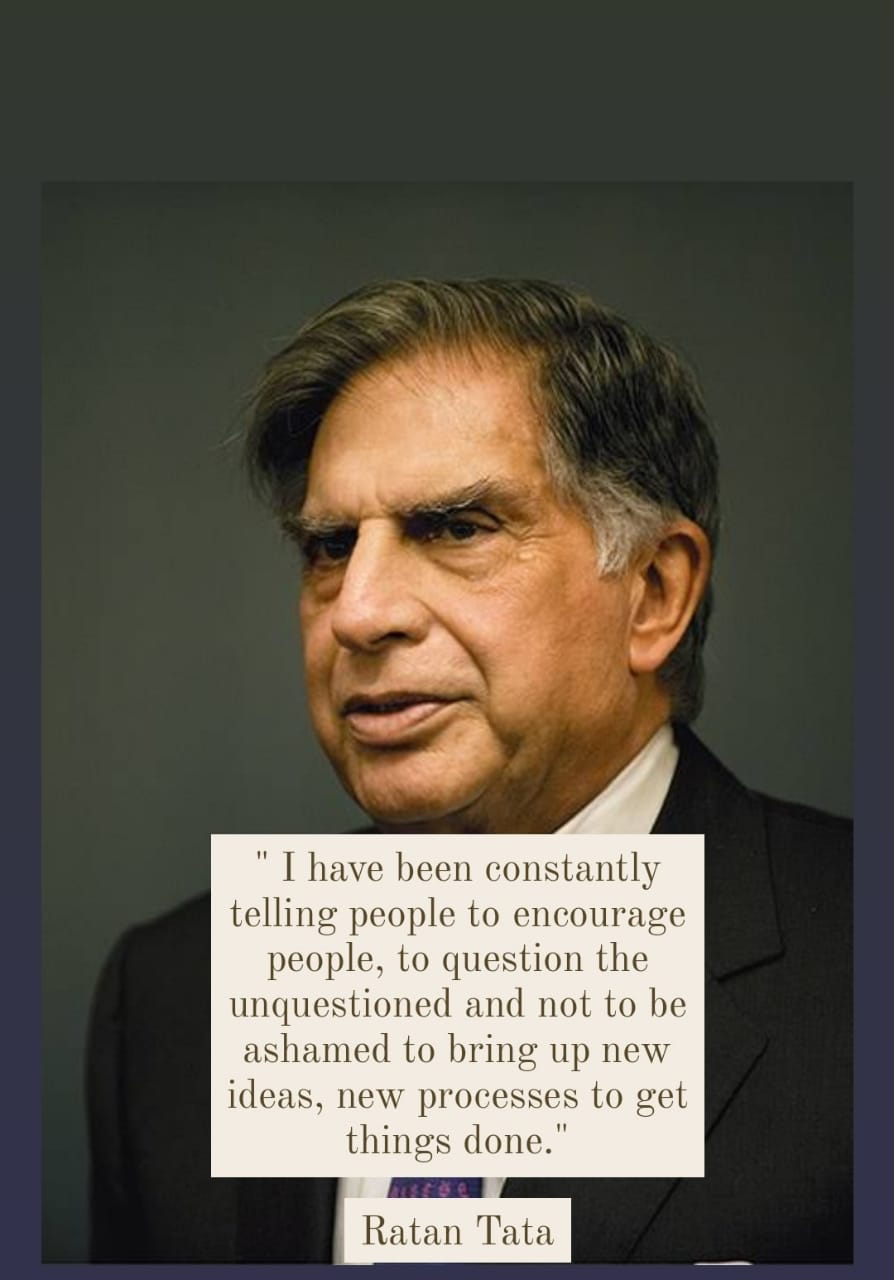 23) People still believe what they read is necessarily the truth.

24) I’ve often felt that the Indian Tiger has not been unleashed.

25) “All of us do not have equal talent. Yet all of us have an equal opportunity to develop our talents. 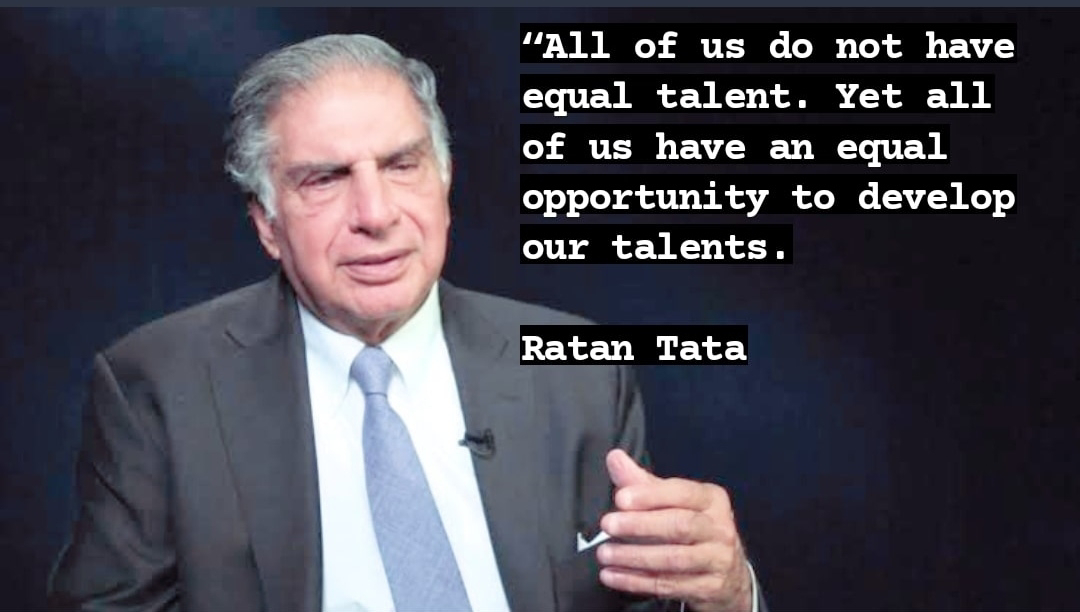 26) “I admire people who are very successful. But if that success has been achieved through too much ruthlessness, then I may admire that person, but I can't respect him.”

27) “One hundred years from now, I expect the Tatas to be much bigger than it is now. More importantly, I hope the Group comes to be regarded as being the best in India.. best in the manner in which we operate, best in the products we deliver, and best in our value systems and ethics. Having said that, I hope that a hundred years from now we will spread our wings far beyond India.”

28) “Take the stones people throw at you, and use them to build a monument”. 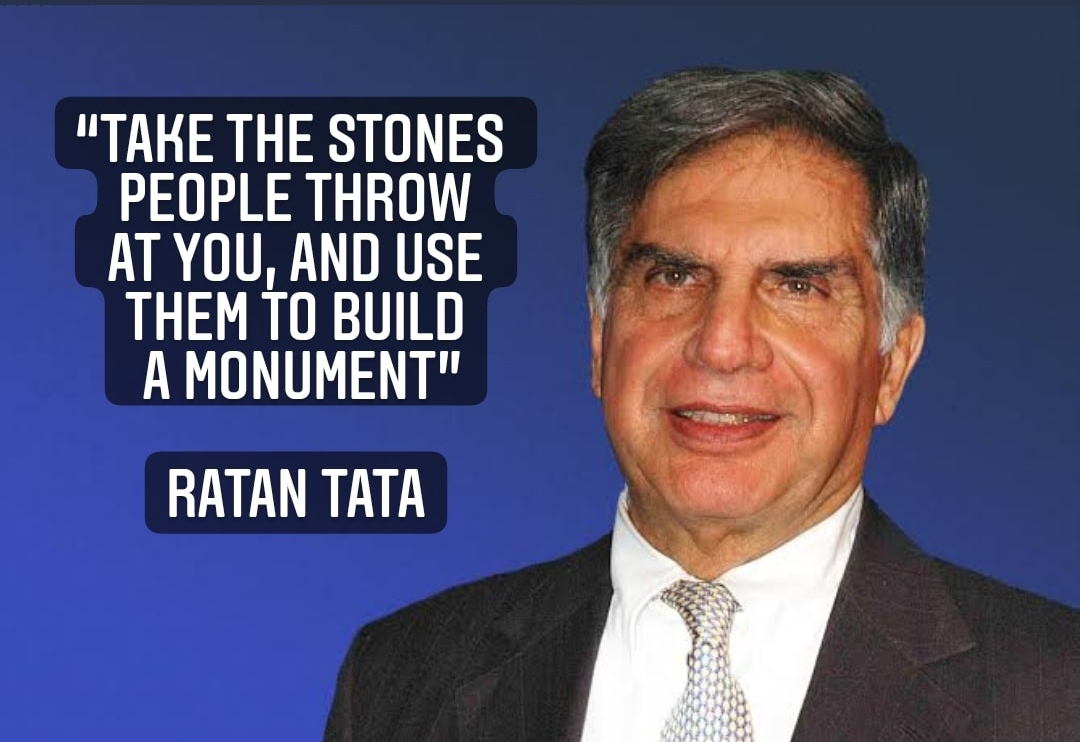 29) There are many things that, if I have to relive, maybe I will do it another way. But I would not like to look back and think what I have not been able to do.

31) People still believe what they read is necessarily the truth.