15 Most Inpirational and Motivational Quotes Of Virat Kohli By Eachquotes

Virat Kohli
It can't happen that anyone in this world who loves cricket and doesn't hear the name Of Virat Kohli. One of best batsman in the world and the current captain of Indian Cricket Team in all format, Virat Kohli was born on 5 November 1988 in Delhi to a punjabi family. His father, Prem Kohli was a lawyer and mother Sarojini Kohli is a home maker. He lost his father very early when he was just 18 years old.
Under Virat captaincy India Under 19 won the World Cup(2008) in Malaysia. After a few months he made ODI cricket for team India against Sri Lanka. He was also the part of 2011 World Cup and 2013 Championship Winning team. He got test captainship in 2014 when MS Dhoni retired from test cricket. Latter in 2017 he got the limited over captainship. He is also the captain of Royal Challengers Bangalore in IPL. He has set a new scale of fitness to Indian Cricket Team. He has scored more than 27000 runs in International Cricket with 70 centuries.

Virat Kohli is one and only cricketer to feature in the Forbes. He was ranked as one of the most valuable athlete brands by Forbes. He has been honored with Arjuna Award(2013), Padma Shree(2017) and Rajiv Gandhi Khel Ratna (2018). He is true inspiration for the youths of the country. The youths can learn from his hard work. Here is some most inspirational and motivational quotes with which we can learn a lot. 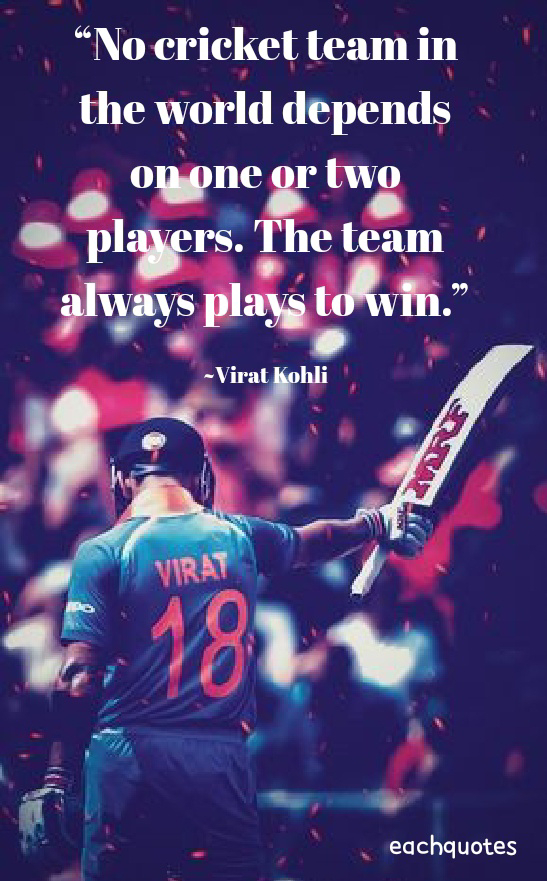 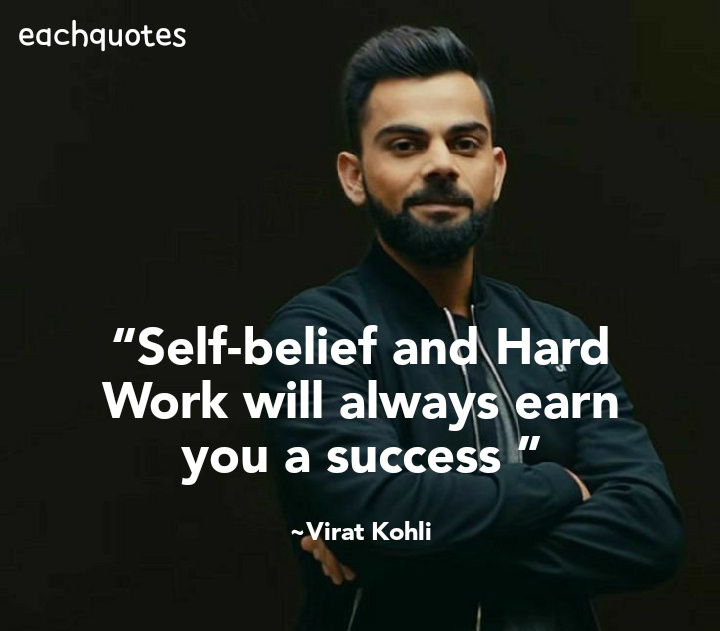 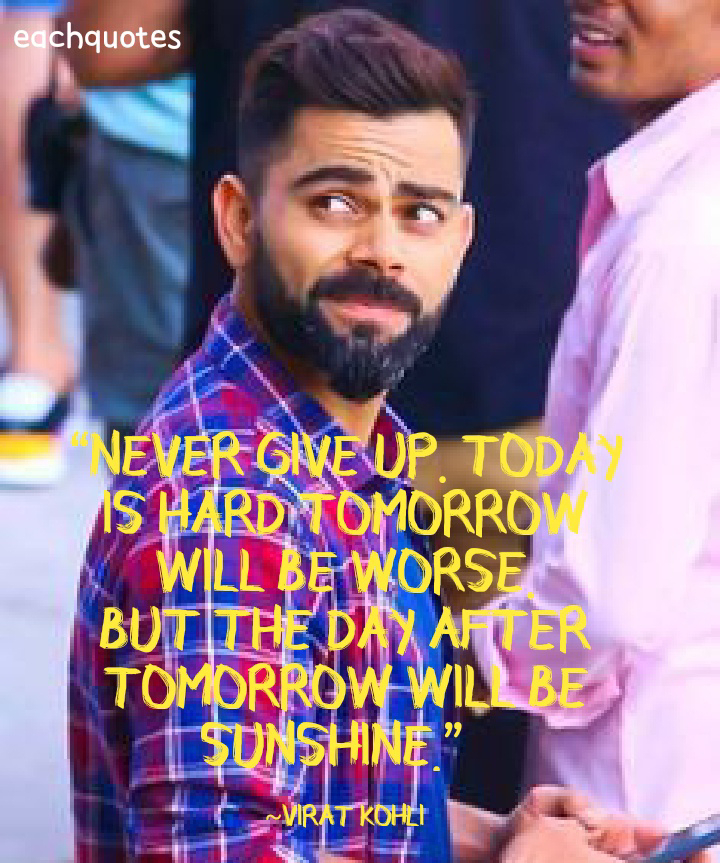 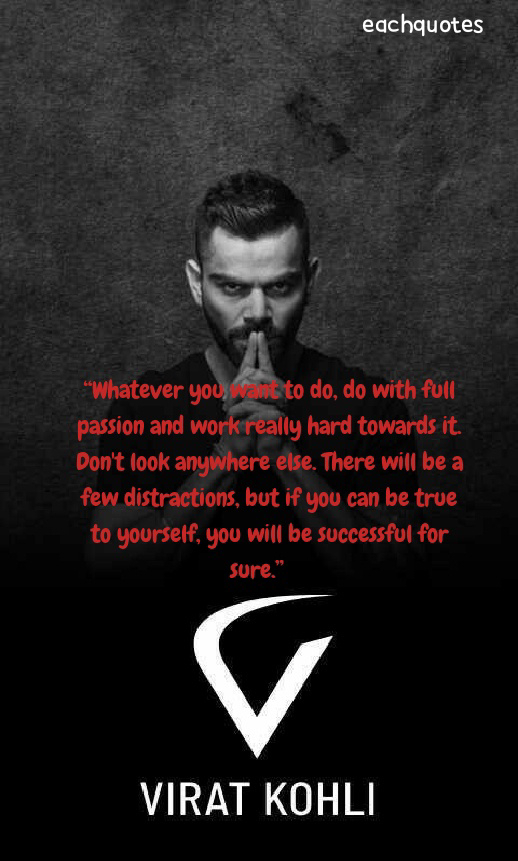 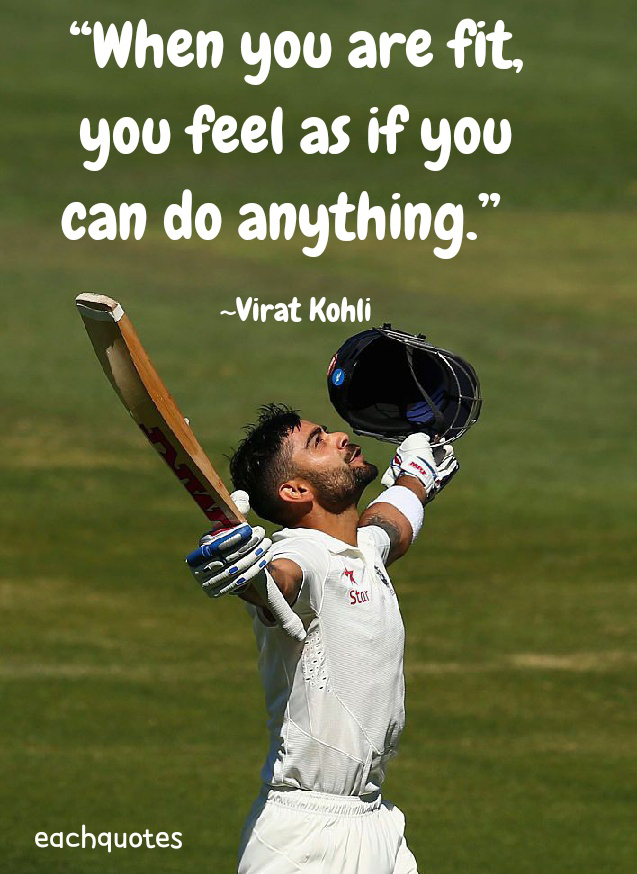 6) “I should play and enjoy the game and inspires the next generation.”   ~Virat Kohli 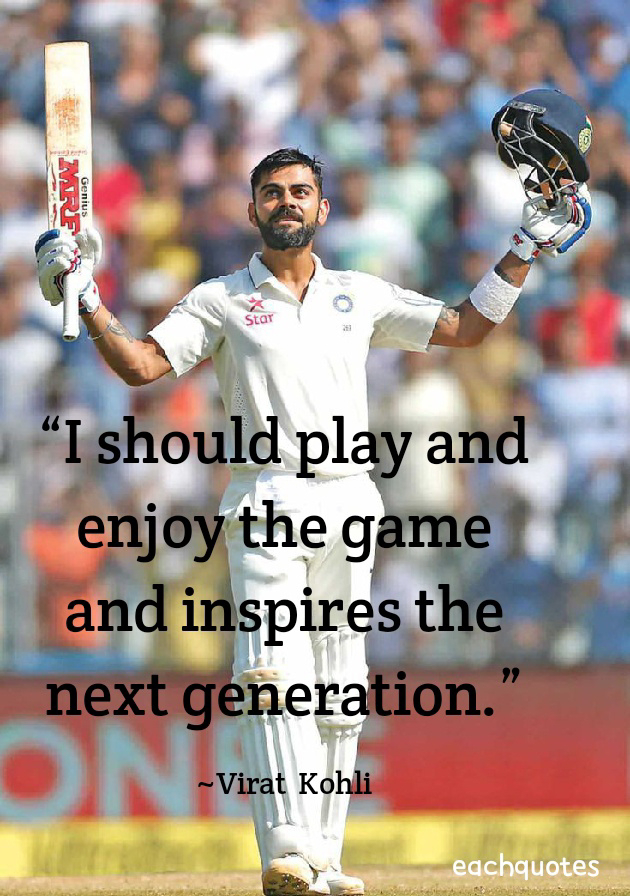 7) “You have to stay fresh and blank in your mind when you go out to bat. You complicate things, and you're gone.” ~Virat Kohli 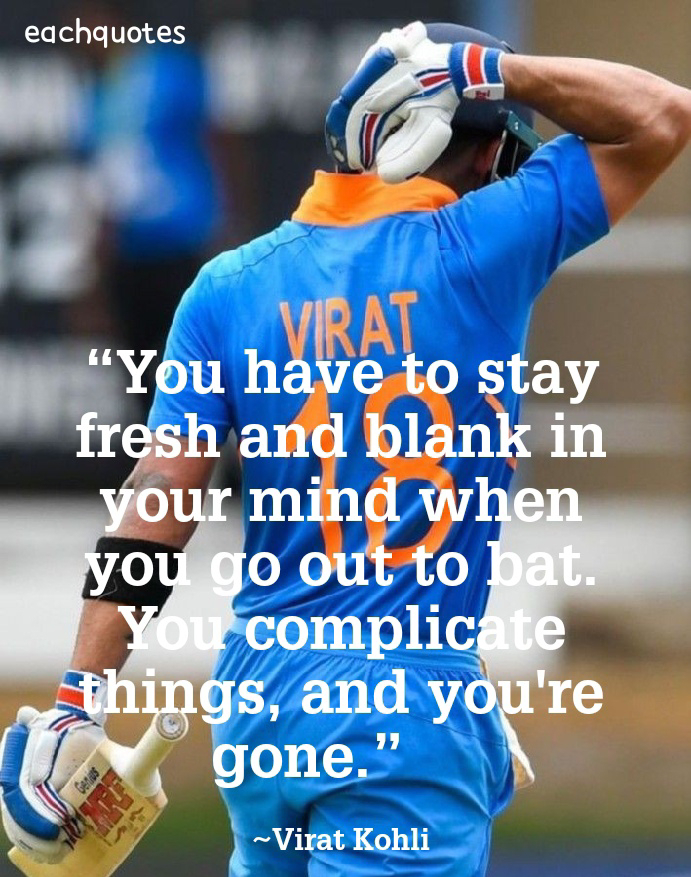 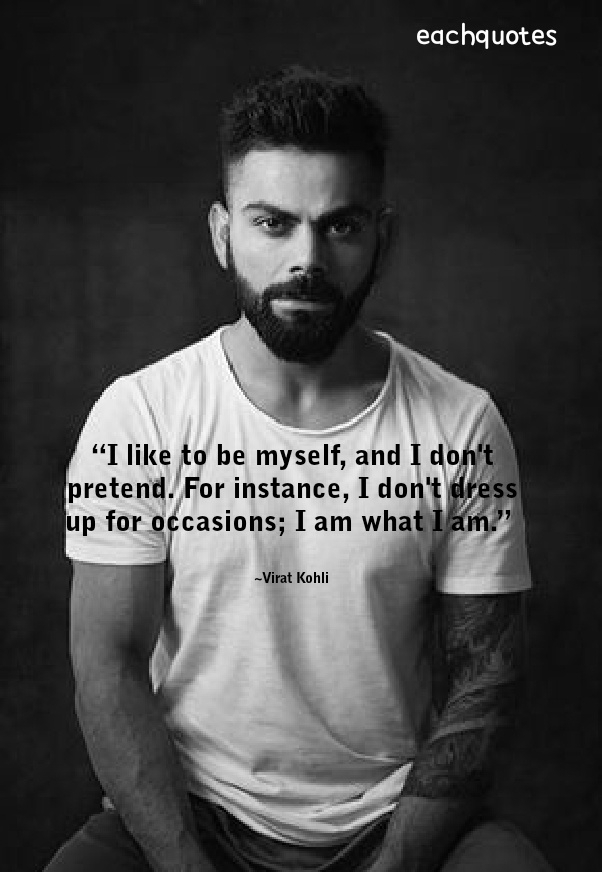 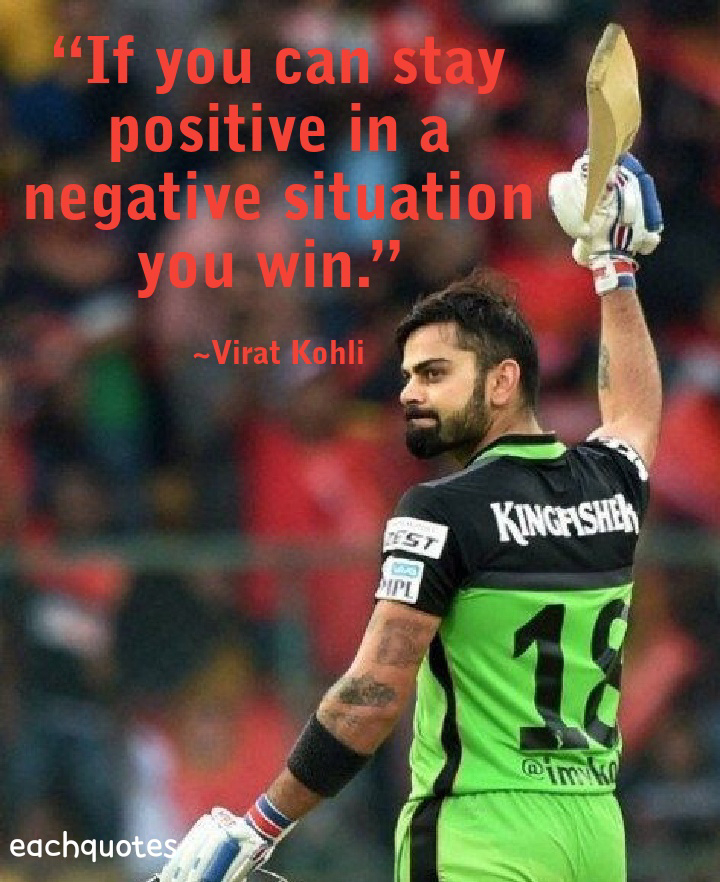 11) “The people you choose to have around you make all the difference. ” ~Virat Kohli 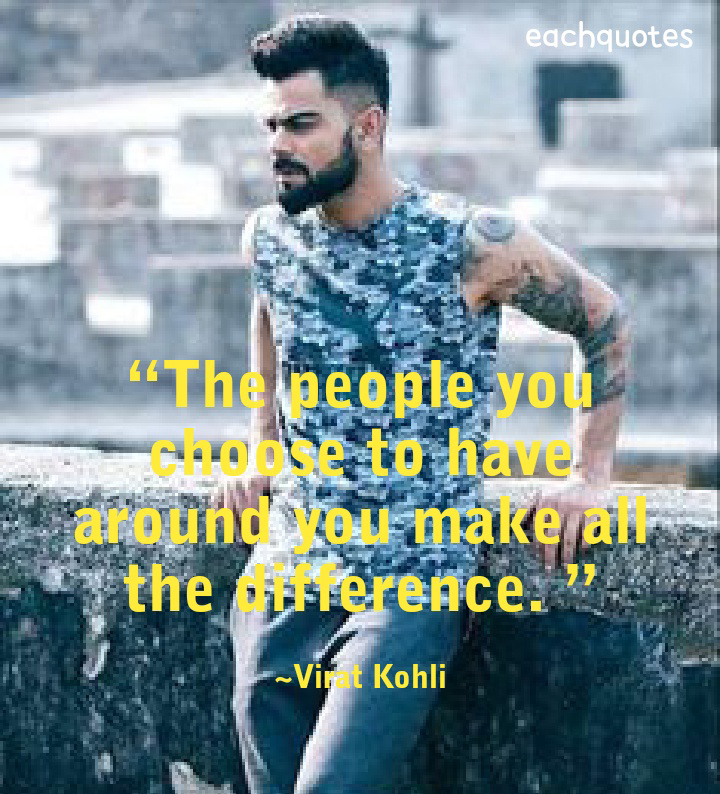 12) “I love playing under pressure if there's no pressure then I am not in a perfect zone.” 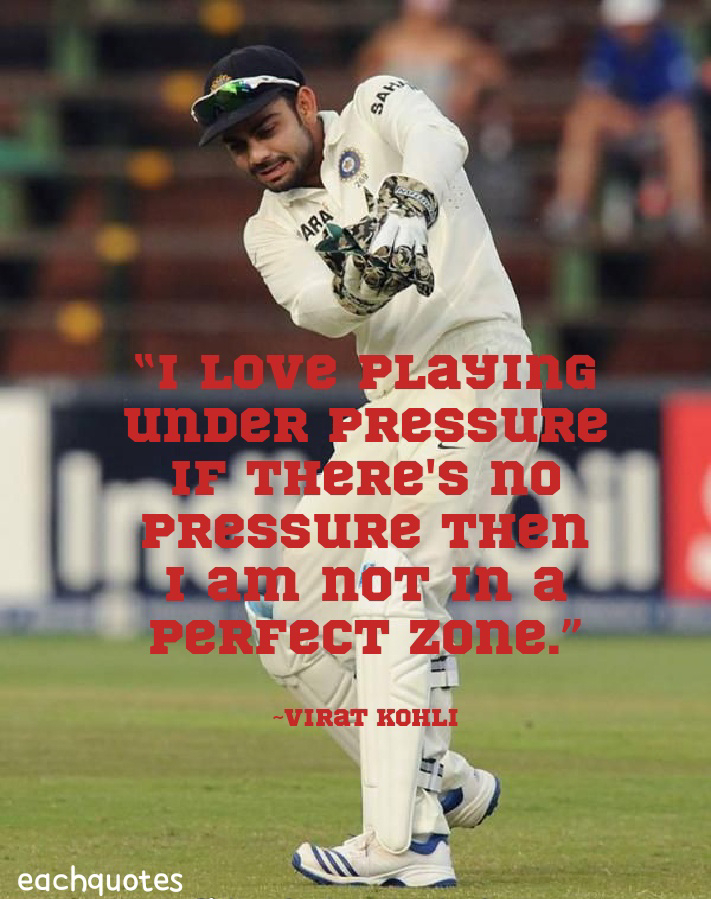 13) “Irrespective of whether you have talent or not, one have to work hard. Just being talented doesn't mean anything, you can end up wasting it before you realize.” ~Virat Kohli 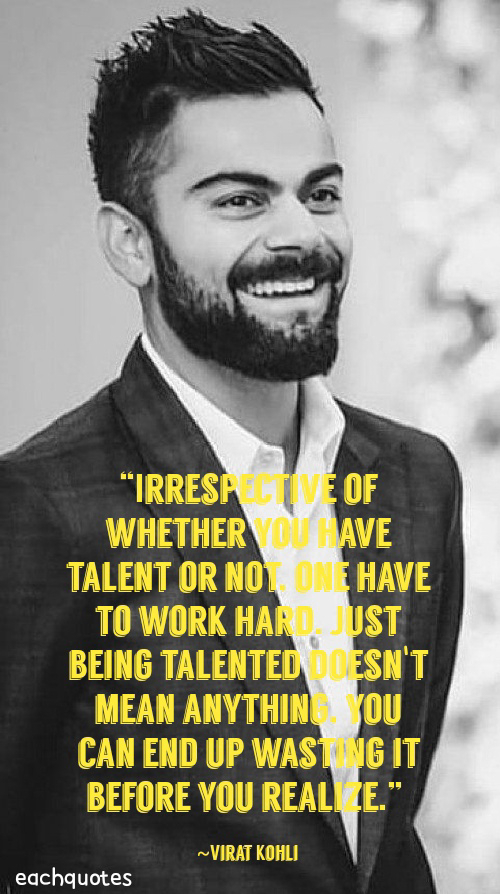 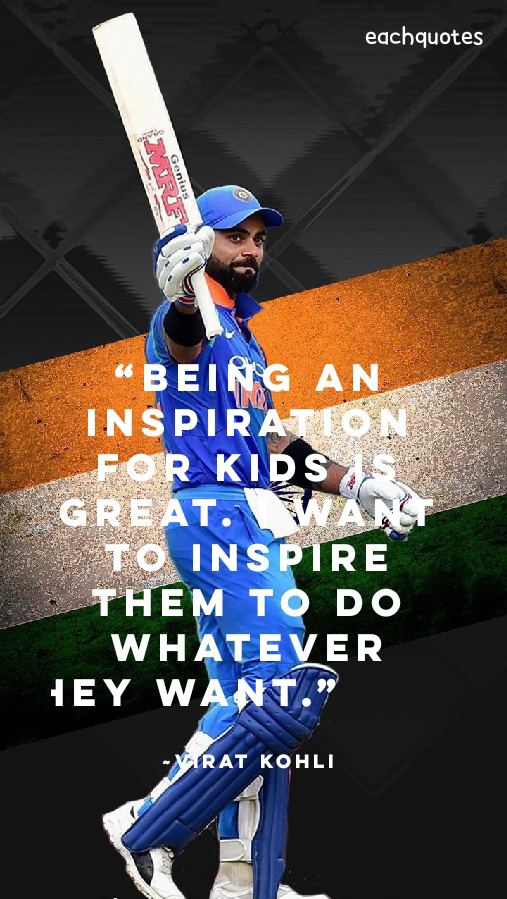 15) “I always dreamt of holding the bat and winning games for India. That was my inspiration to take up cricket.”      ~Virat Kohli 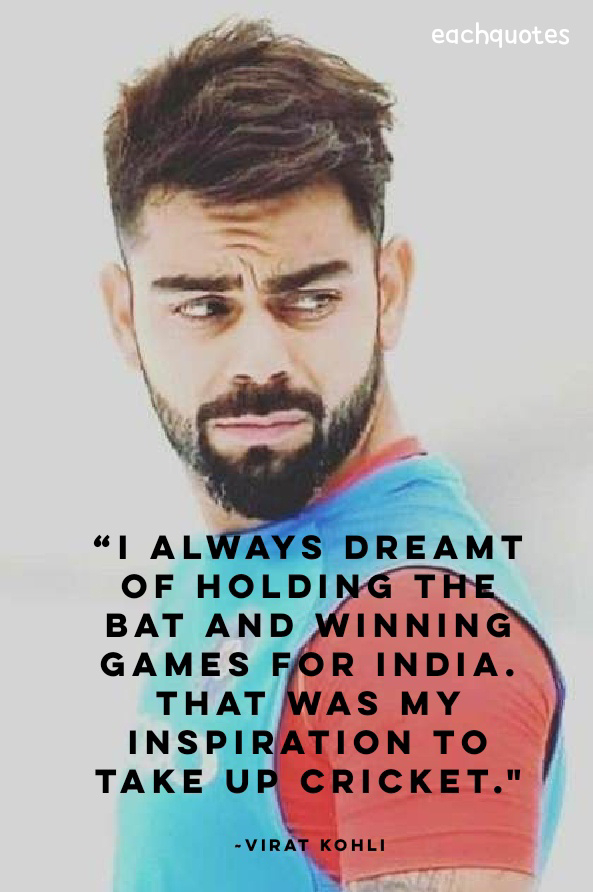 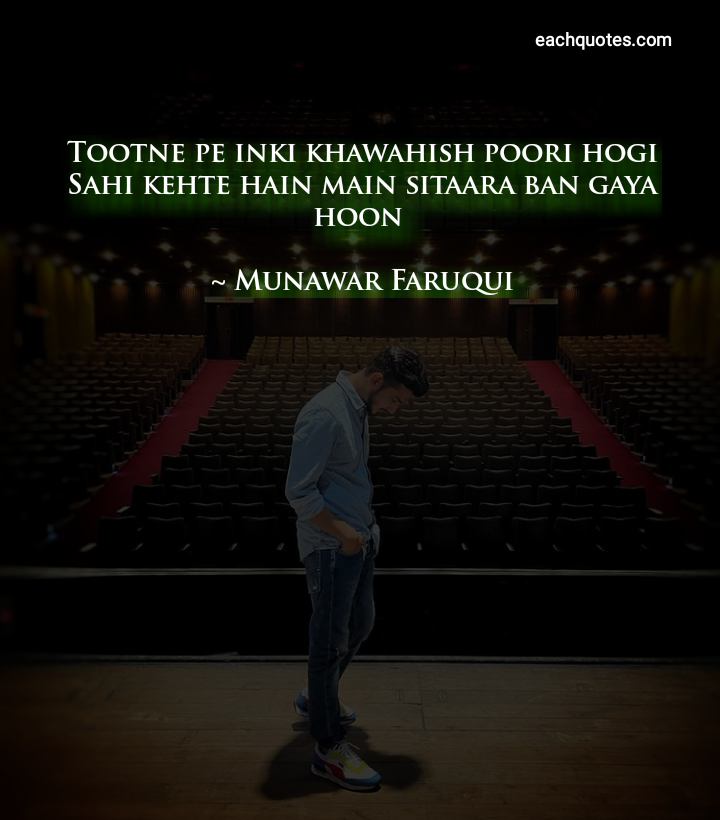 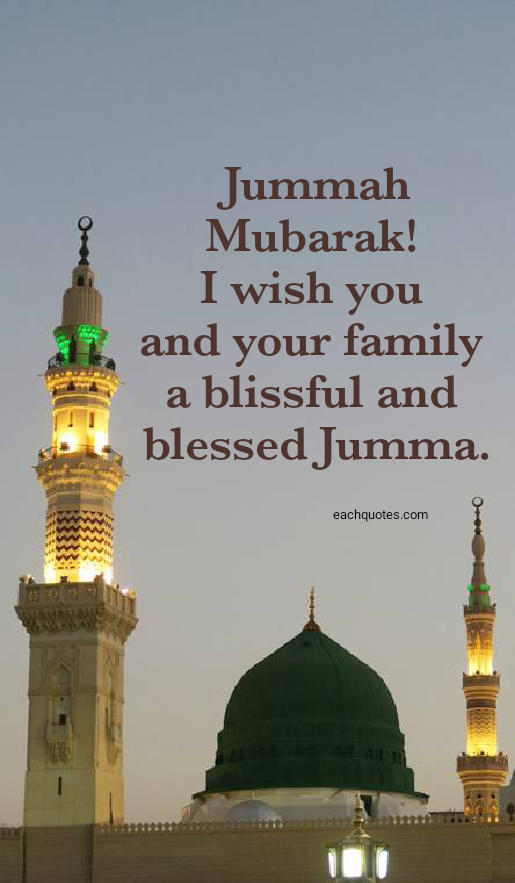