Bill Gates
The second World Richest Man and  the Co-founder of Microsoft, Bill Gates was born on 28 October, 1955, in Seattle, New York to a upper middle class family. His full name is William Henry Gates. His father, Bill Gates Sr. was a lawyer and mother, Mary Maxwell was a school teacher and businesses woman.

At the age of 13 he was admitted to Seattle's Lakeside School. He got admission to study law at Harvard University in 1973.Later he dropped off the college. He used to pass more time in computer lab than class. At the age of 13,he made a program named as tic tac toe. In the school days he met Paul Allen who was 2 years senior to Bill Gates. In the year 1970 both, Allen and Bill Gates made a program which controls the traffic signal for which they were paid 20000💲. In 1975 they discovered Microsoft as a team.

His life motivate us to work hard and achieve higher and higher goals in life. Here is his some most Inspirational and motivational quotes of Bill Gates- 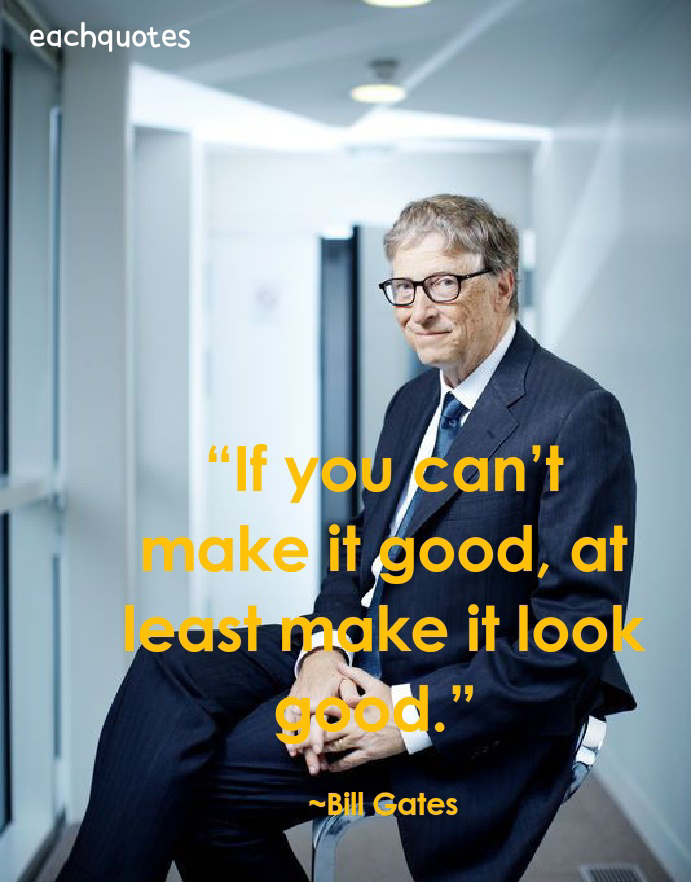 2)“Your most unhappy customers are your greatest source of learning.” – Bill Gates

3) “As we look ahead into the next century, leaders will be those who empower others.” – Bill Gates 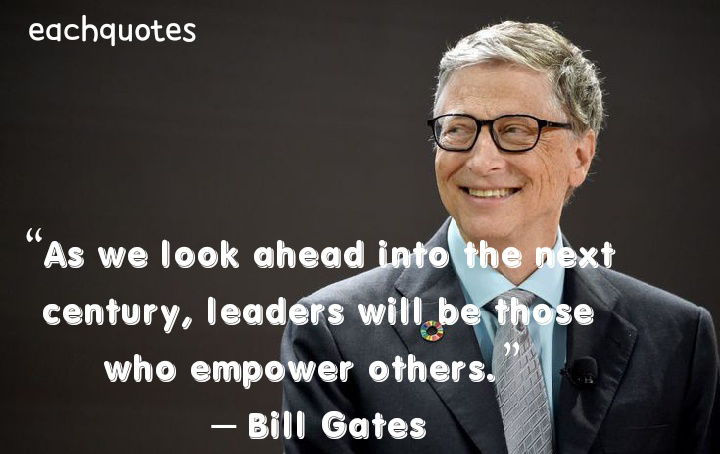 4)“I believe in innovation and that the way you get innovation is you fund research and you learn the basic facts.” – Bill Gates

5)“We all need people who will give us feedback. That’s how we improve.” – Bill Gates 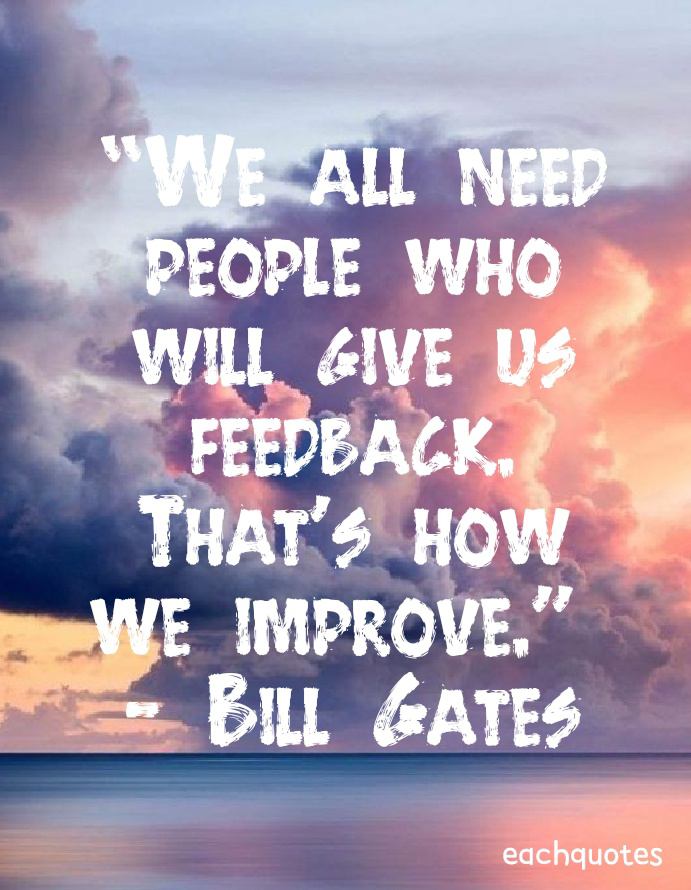 6)“The general idea of the rich helping the poor, I think, is important.” – Bill Gates

7) “The most amazing philanthropists are people who are actually making a significant sacrifice.” – Bill Gates 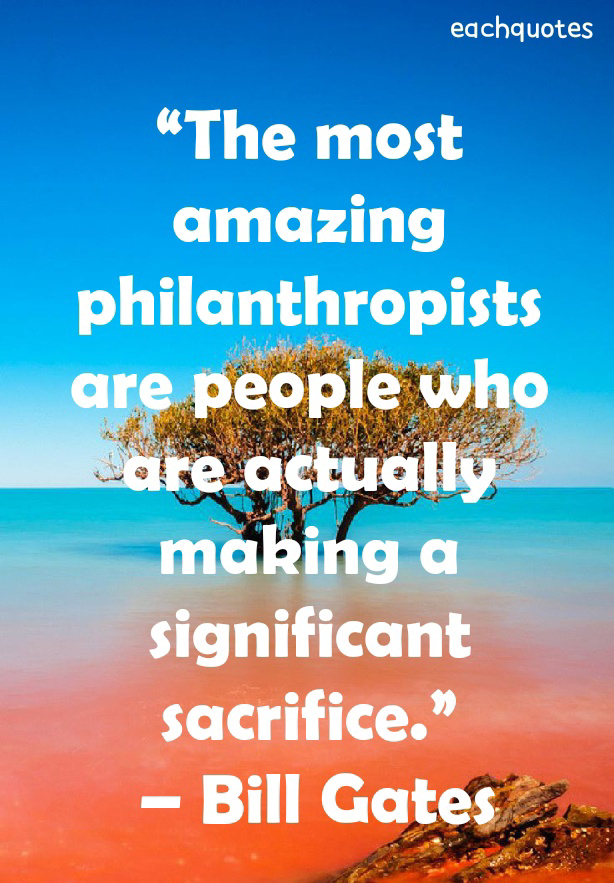 8) “I was lucky to be involved and get to contribute to something that was important, which is empowering people with software.” – Bill Gates

9) “Success is a lousy teacher. It seduces smart people into thinking they can’t lose.”-Bill Gates 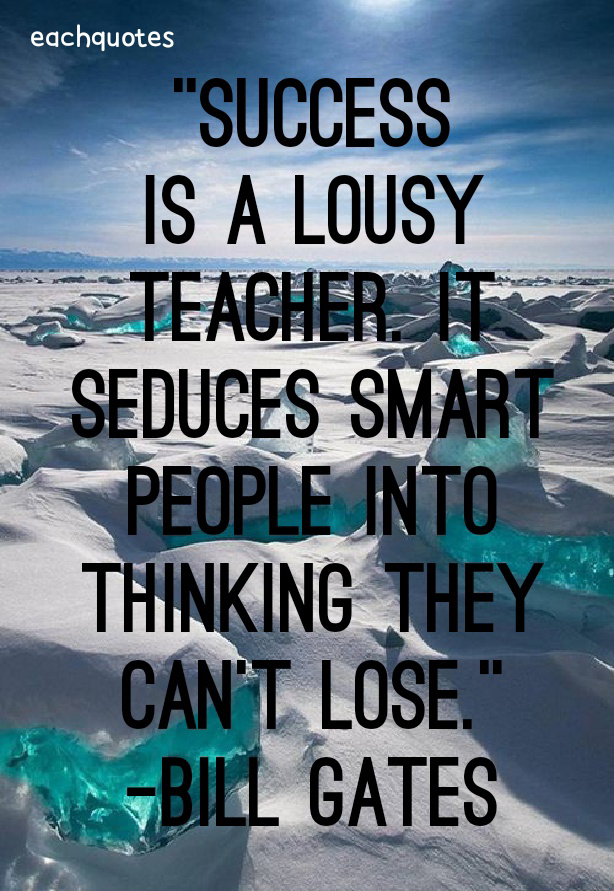 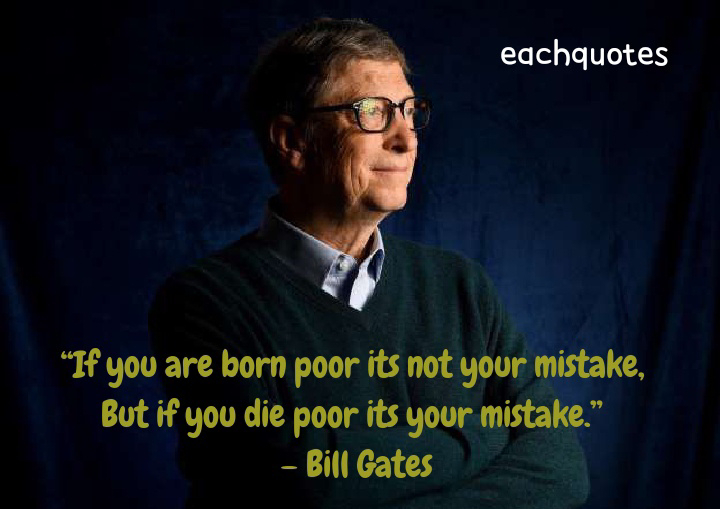 13) “Don’t compare yourself with anyone in this world…if you do so, you are insulting yourself.” – Bill Gates 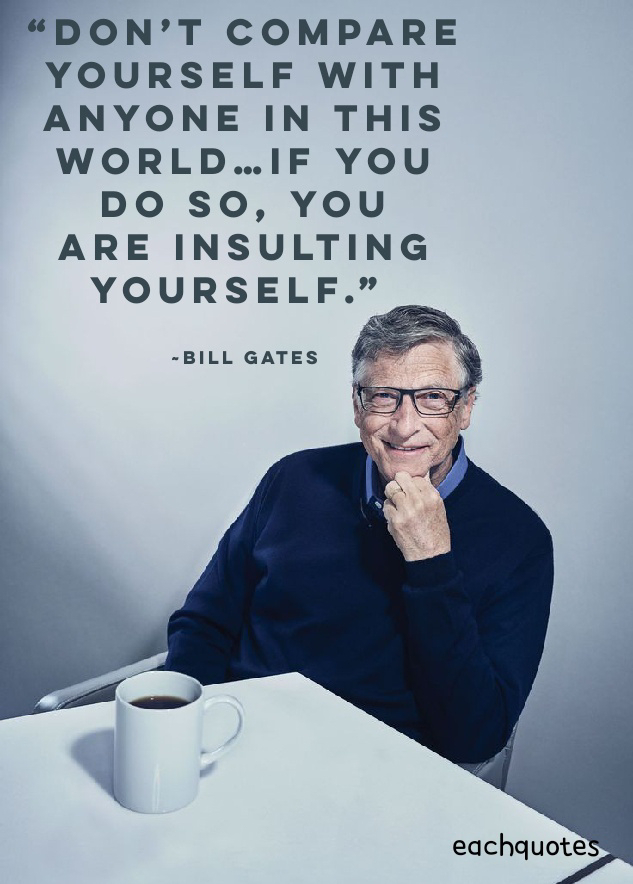 14) “I can understand wanting to have millions of dollars, there’s a certain freedom, meaningful freedom, that comes with that. ‘But once you get much beyond that, I have to tell you, it’s the same hamburger.” – Bill Gates

15) “I failed in some subjects in exam, but my friend passed in all. Now he is an engineer in Microsoft and I am the owner of Microsoft.” – Bill Gates 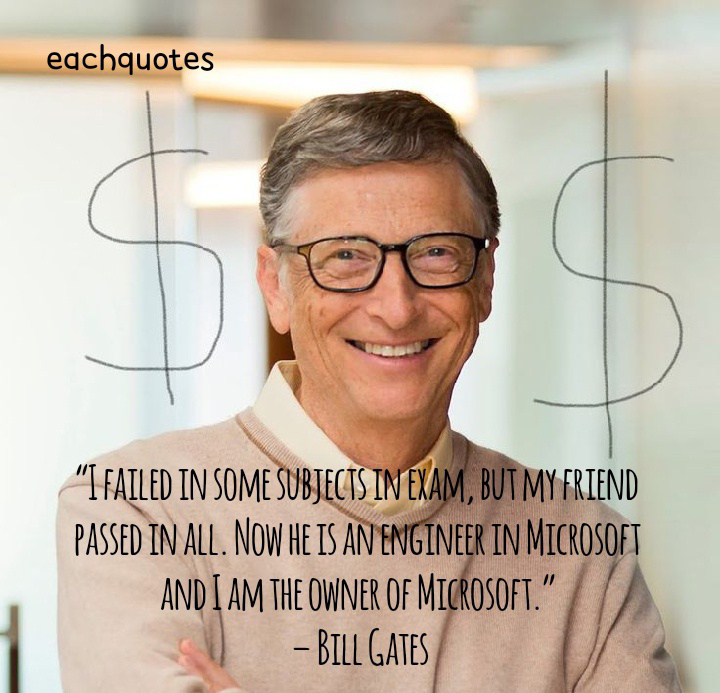 16) “Until we're educating every kid in a fantastic way, until every inner city is cleaned up, there is no shortage of things to do.” – Bill Gates

17) “It's fine to celebrate success but it is more important to heed the lessons of failure.” – Bill Gates 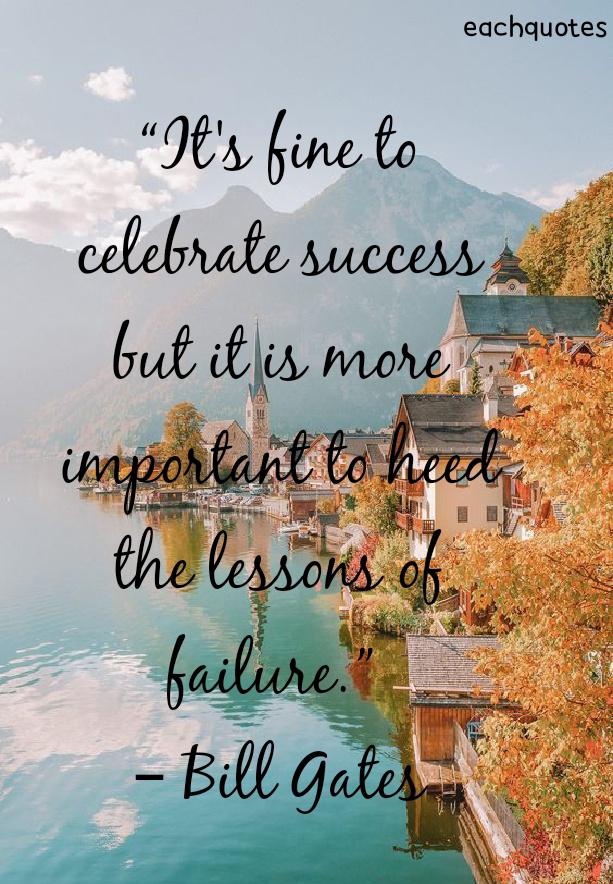 18) “We make the future sustainable when we invest in the poor, not when we insist on their suffering.” – Bill Gates

19) “Money has no utility to me beyond a certain point.” – Bill Gates 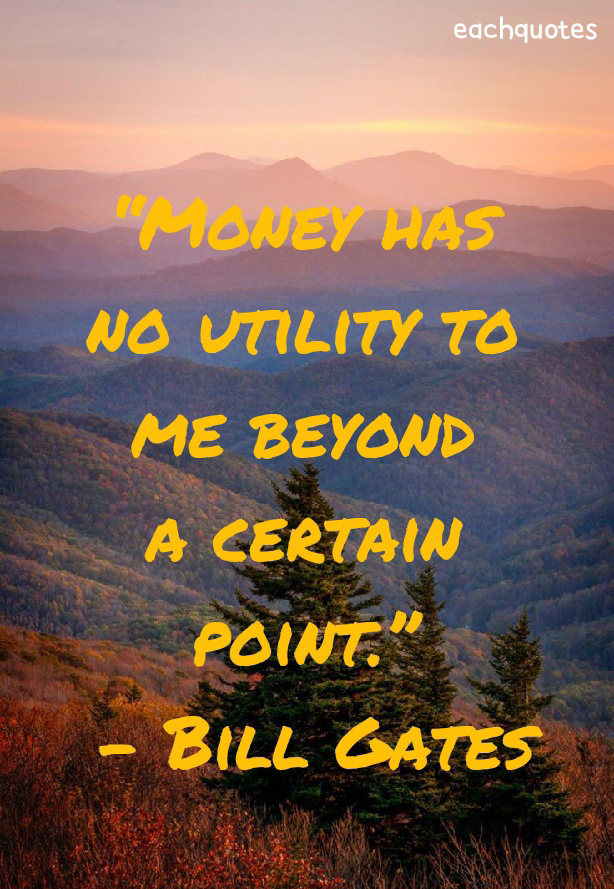 20) “When a country has the skill and self-confidence to take action against its biggest problems, it makes outsiders eager to be a part of it.” – Bill Gates

21) “Expectations are a form of first-class truth: If people believe it, it’s true.” – Bill Gates

22) “Lectures should go from being like the family singing around the piano to high-quality concerts.” – Bill Gates 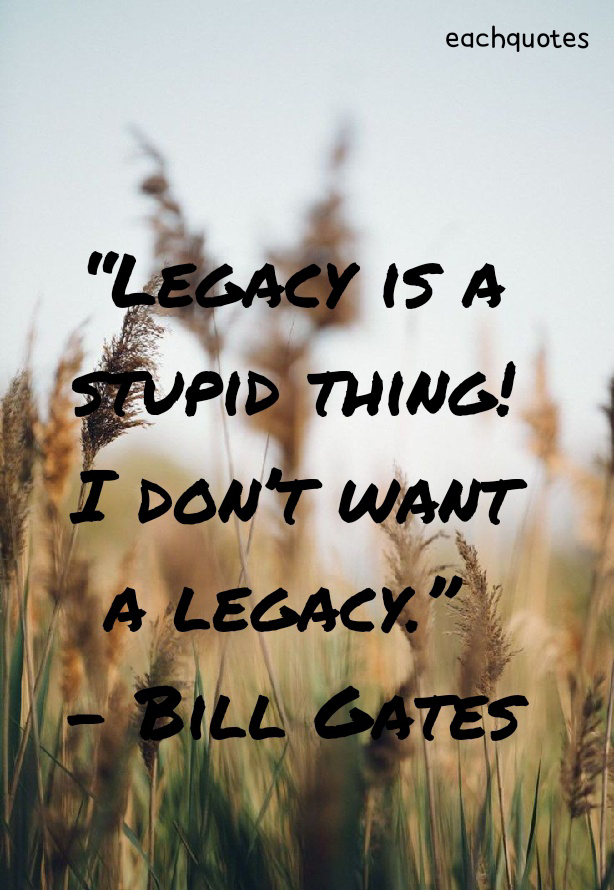 24)“ Discrimination has a lot of layers that make it tough for minorities to get a leg up” – Bill Gates. 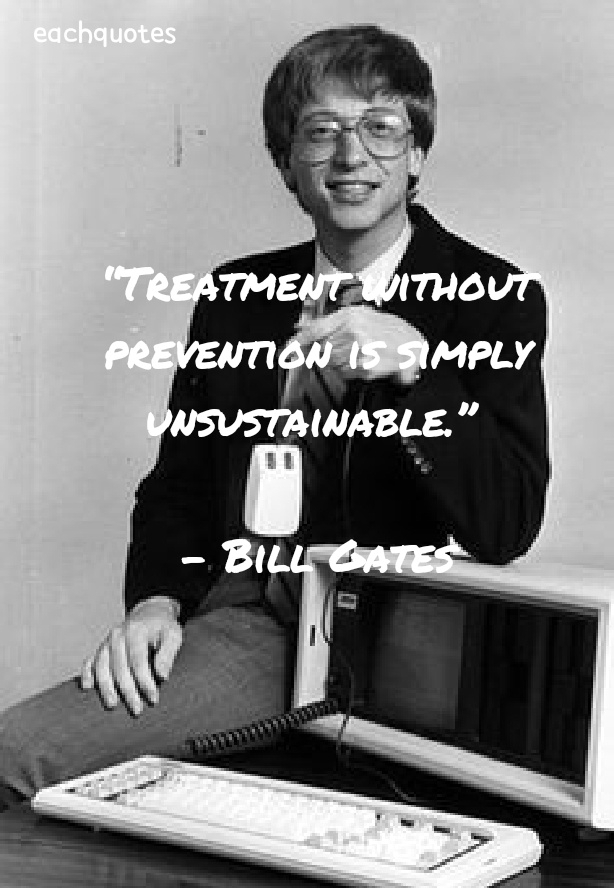 26) “In my view, investing in public libraries is an investment in the nation’s future.”

27)“ When you have money in hand only you forget who are you but when you do not have any money in your hand, the whole world forgets who you are. It’s life!” – Bill Gates 29) “Life is not divided into semesters. You don’t get summers off, and very few employers are interested in helping you. Find yourself.” –Bill Gates 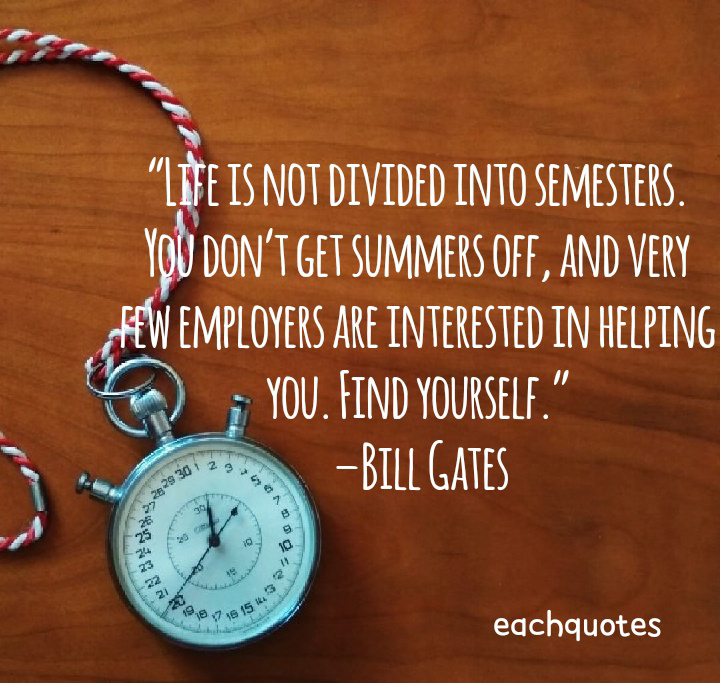 30)“I have been struck again and again by how important measurement is to improving the human condition.” – Bill Gates 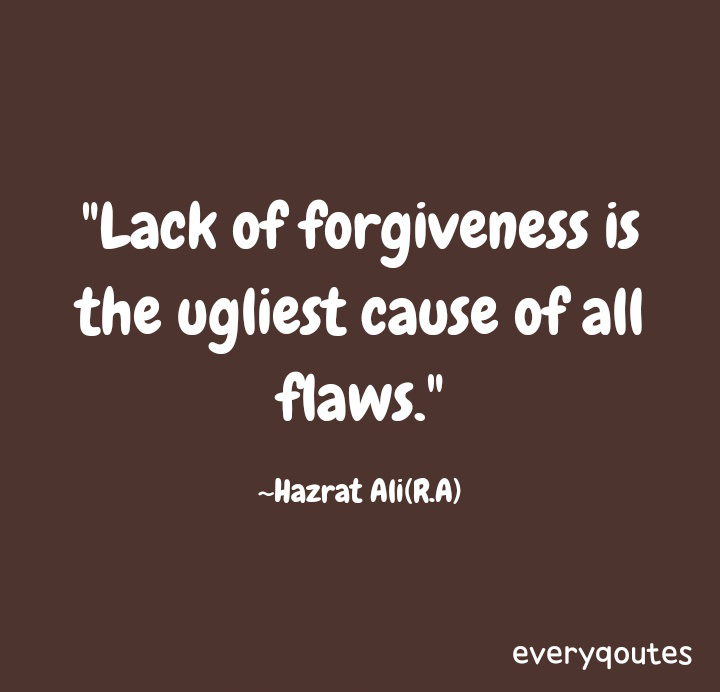 40 Best Inspirational and Motivational Qoutes by Hazrat Ali. --- by eachquotes.com